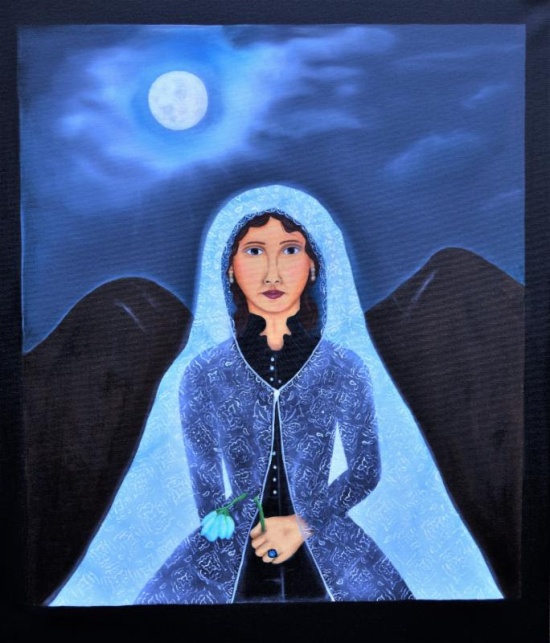 It was a grand experience: the audience was first treated to spicy food, then to fiery human appetites on a cold Texas night. The play, written by one of Spain’s most beloved poets and playwrights, Federico García Lorca and directed by David Lozano, is about a tormented young bride who abandons her groom on their wedding day then flees into the forest with another man.

There was a gripping, elemental quality to the play, raw passions surfacing once and again, reminiscent of southern European or South American culture. Death and bloodshed make this an old world tragedy, and it is well portrayed by the ensemble in this very moving and emotional play.

The majority of the dialogue was performed in English, but mixed throughout with Spanish. The mixture of the two languages seemed to mirror the nature of the audience, many of whom have identities rooted in two cultures.

The simplicity and boldness of the stage sets gave a classical feel to the evening. They consisted of caramel colored stone walls intersecting at angles. In one particularly striking moment, an old woman came on stage for the beginning of Act 2, dark fabrics rose behind her, gradually taking on the appearance of gnarled trees in the midst of winter.

The other tragedy that occurred Saturday night was that the theater was only a third filled. Blood Wedding is a performance worth experiencing and Cara Mia Theatre Co. is a Dallas treasure worth supporting. The play runs through December 13. Please click here to learn more about the play, Cara Mia and for ticket information.

(Look for my full-length feature celebrating Cara Mia’s 20 years, coming in May.)