Make Art with Purpose (MAP) is an artist-led non-profit that has been developing and producing inter-disciplinary projects that bring communities together to work for the greater good, all around the globe. Under the guidance of its founder, Janeil Engelstad, MAP is making its mark on Dallas.

After graduating from New York University with an MFA in the 1980s, artist, writer and educator Janeil Engelstad took, as she calls, “a big left turn” in her career. Over the next two decades – she immersed herself into the world of social practice (community engaged art). Here’s how it happened.

It began with her volunteering for The Education Project (TEP), teaching photography to youth at a homeless shelter in East New York. It was the dead of winter when she walked through the neighborhood to get to her classroom. What she saw during those chilly walks moved her.

Volunteering after school at the homeless shelter, and other locations that produced programs for at-risk youth, Engelstad experienced the positive impact that art can have on people. “Whether using art as a tool to investigate social concerns, or working directly through arts education. So I took a left turn away from my studio practice where I was producing work for exhibitions and devoted my career and practice to working with communities, and over time that grew.”

Next, she co-created ART WORKS, which attracted some of the most celebrated artists of the 1980’s into the project. A TEP project, ART WORKS was produced in partnership with The Polaroid Corporation and included creative input from Stacy Fischer, the then manager of Polaroid’s 20 x 14 studio in lower Manhattan. The list of participating artists included: Chuck Close, Andreas Serrano, Félix González-Torres, William Wegman, Laurie Simmons, John Reuter, John Divola, Timothy Greenfield-Sanders, Jean Vong, and Carla Weber. 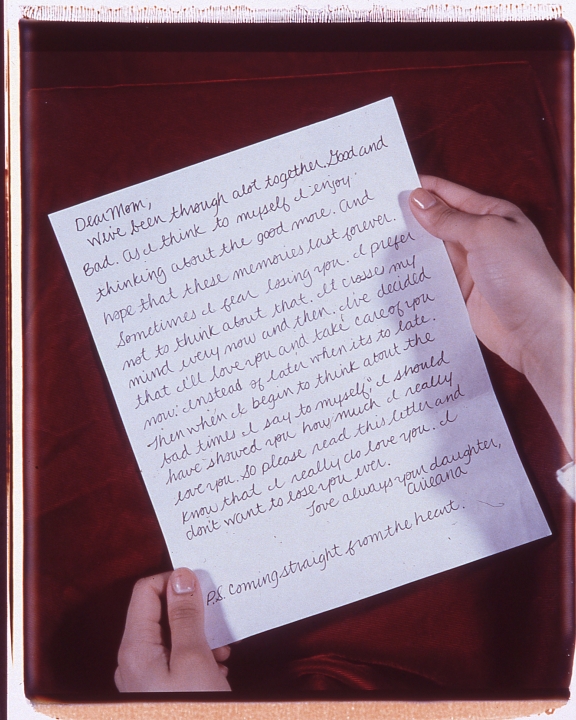 For the project, each artist was paired with a youth from one of The Education Project’s outreach programs. The collaborating teams met in groups and in one-on-one workshops, designed by TEP and the professional artists. Then each team created photographs on the renowned Polaroid 20 x 24 camera, which was hand-made by Edwin Land, the inventor of Polaroid. The photographs were exhibited at museums around the country including New York City’s International Center of Photography, Photographic Resource Center in Boston, Museum of Contemporary Art, Cleveland, and California Museum of Photography. At each location, The Education Project produced a local media arts program for at-risk youth. In New York, The Education Project placed many of the ART WORKS youth into internships at companies such as Sony Music.

As a result, their lives changed. One of the participants, Engelstad reports, was accepted at the prestigious High School of Art and Design in Manhattan. But at first, his mother wasn’t open to the idea.

“Initially his mother was not supportive because she felt that he needed what she thought would be a more structured environment of a parochial school, but by the end of the summer, when she saw the impact the program was having on her son, she agreed that he should go to the High School of Art and Design.”

Next Engelstad moved to Los Angeles where she established the West Coast headquarters of The Education Project and began to produce independent projects. “That was the beginning,” she says.

To accomplish this she has partnered with several organizations over the years. “We’ve created projects that I felt art could respond to, or where I saw the voice of different people missing,” Engelstad says. “For example, creating access to the media for people who often do not have a public voice. In 1999, when the massacre in Columbine happened the media reported on the event, and other school shootings, without asking the students why they thought this was happening and what the impact was on their lives. No one was talking to students. “So, in partnership with New York City based World Studio Foundation, We created a national project where students worked with professional designers to create billboards and bus shelter s in San Francisco, L.A., D.C., New York and Chicago. In each city where the project was produced we worked with local arts organizations and social service non-profits, building local networks as we went.”

After building these coalitions in the U.S. and around the globe, in 2010 she decided to create her own non-profit, and Make Art With Purpose was born.

“Together We Stand, Divided We Fall” MAP mural produced by students at Billy Earl Dade Middle School, Dallas, 2014 as a part of MAP’s “Dialogues on Race,” a national project that uses art and design to jump-start conversations about race. Photograph courtesy of Make Art with Purpose

Many MAP projects have taken flight under Engelstad’s direction. MAP 2013, MAP’s inaugural social practice triennial, was a successful undertaking. MAP activated local artists, schools, museums and galleries to work with people from around the world. Together, the teams produced 30 projects and public programs that investigated environmental and social themes, deep-rooted in art. Other recent projects include Dialogues on Race, a nationwide initiative created to advance racial justice in communities was started in Dallas with the support of the Embrey Family Foundation. Through this project, local artists created billboards and students in South Dallas and Oak Cliff created murals that investigated themes connected to racial and social justice. A community conversation that explored the themes brought about in the work was held at UTD Centraltrak.

One of the Dialogues on Race murals was produced at Billy Earl Dade Middle School. “Dade had gone through so much turmoil in the previous year for various reasons and the students were eager to participate in meaningful work, so it was a rewarding school to work in,” she says. “In the summer of 2014, Hispanic and African-American students created a mural centered on the theme of racial justice, which featured civil rights leaders, including Caesar Chavez, Dolores Huerta, Harriet Tubman, and Martin Luther King, Jr.” Under the guidance of MAP Program Manager, Alpha Thomas, the students studied social justice and civil rights history and learned how the ideas and work of these leaders have lifted up the entire country.

She has dozens of projects in the works and big ideas for North Texas.

“MAP is working with artists, business leaders, foundations, universities and others to create dialogues about what’s going on here [in Dallas] and how can we understand each other better. Together we want to learn ways to make our city a more equitable place to live and work.”

“The work MAP does continues to set them apart, from the students involved to internationally know artists, says Bothwell. “Whether students decide to have a career in art or not, they are learning self-expression and learning to do it authentically, a skill that has to be developed.”

To make the cut for Art Conspiracy funding, interviews had to be completed. When the AC team arrived, Engelstad was ready. “It was fun. They came over and we sat and talked,” she says smiling. I believe in what I do and I like to talk about my work because often, it is in the talking to people where I actually hear what it is that I am doing or thinking about and sometimes ideas are worked out in the process. The Art Conspiracy team liked what they saw and heard.

“Looking at MAP’s previous projects, we were impressed by the dialogue they foster, and the issues they face,” says Todd McCaulay, Beneficiary Chair and Art Conspiracy Board Member. “Our choice to award MAP our 2015 beneficiary will allow the organization to not only engage the communities of Dallas and Fort Worth in a dialogue, but also invite volunteers of all ages and local artists to have a hand in creating some truly beautiful, if not thought-provoking art.”

Being the 2015 ArtCon beneficiary is a huge honor Engelstad admits. “Some of the money we received from Art Conspiracy will be directed to a project looking at the Trinity River and climate change. “The river is going to take its natural course. It’s going to expand, flood, and create wetlands, she says. “Questions to be answered: how are we as a society going to help people relocate? Can we turn some of the impacts of climate change, in this case the flooding of a river, into new jobs? Such as creating fish farms in wetlands where there were once houses and other infrastructure.”

How MAP does it

First, Engelstad says, many artists are taking the skills they’ve developed and leaving their studios “They use creative thinking and problem solving skills to move the bar, create community, and positive change.” Second, artists have a knowledge base. “They’re coming out of school with BFAs and MFAs and often they understand social concerns from a place of empathy. They are able to develop ideas that can create productive platforms.”

MAP is a collaboration of many. Associate Director Oto Hudec helps with projects on a global level. He has been with MAP since its founding, designed the organization’s logo and worked with Engelstad to design MAP’s website. Program Associate Matthew Horton helps with everything from social media to the production of Dallas projects. Artists lead the various projects. It can be a project that an artist or teams of artists have conceived of, or one that is initiated by MAP. “And our funders are also a part of our team. We all come together and bring skills and strengths to accomplish things that we could never do alone.” 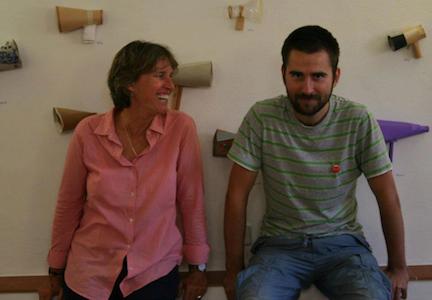 Engelstad and her teammates are doing just that. The dedicated individuals who make up Make Art with Purpose are changing the face of North Texas, literally, with amazing artwork that highlight social concerns. By bringing awareness to North Texas, MAP is creating positive change for all of us who live here.

(Click here to read my feature about Art Conspiracy.)